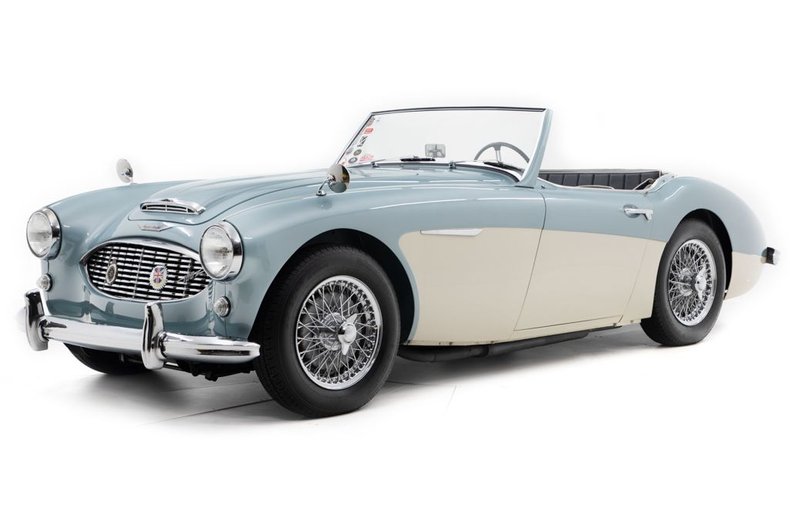 Confused by the model types and values of Austin Healeys?

Austin Healeys came in two flavors, the full size –Big Healeys, and the pocket size Sprites. We'll save the Sprites for a different lecture and concentrate on the Big Healeys.

Our Healey is a BN4 version of the 100-6. The BN4 designation indicates it is a 2+2 model with a small back seat.
Our car was thoroughly restored around 2002 by some of the best facilities in Florida. It was awarded an Excellence in Class award at the 2010 and 2013 Cavallino Classic, Mar A Lago Concours. Since then it has developed the nice patina of a high quality driver.