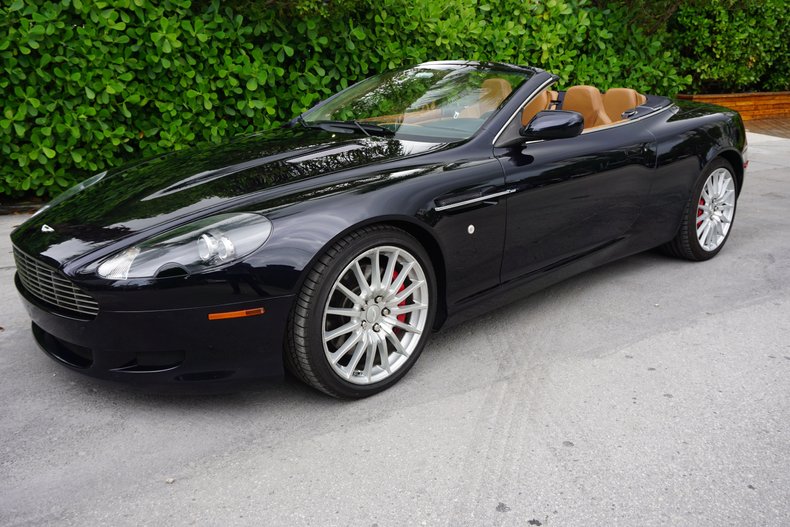 The DB9 replaced the DB7, but it was not called a DB8 for very specific reason. Skipping a number was Aston's way of announcing the DB9 was not an evolution of the DB7; it was an entirely new car.

The DB9 featured an Aston designed body and chassis. Power came via a 12 cylinder engine borrowed from Aston's flagship Virage. The car was designed by Ian Callum with help from Henrik Fisker, two of the best in the business. Motor Trend's Road Test of the car noted, "for the four days and three nights the new Aston Martin DB9 Volante was at our disposal, there wasn't a single time--not one--when there wasn't at least one person staring at it."

Our DB9 is a 2 owner car that was sold new in Miami then passed to a Ft. Lauderdale businessman. He has started a new business and no longer has time to enjoy the car.

The DB9 has low mileage and is very sharp. Imagine, V12 Aston power in a drop dead good looking convertible with a fully depreciated price. What more could you ask for?