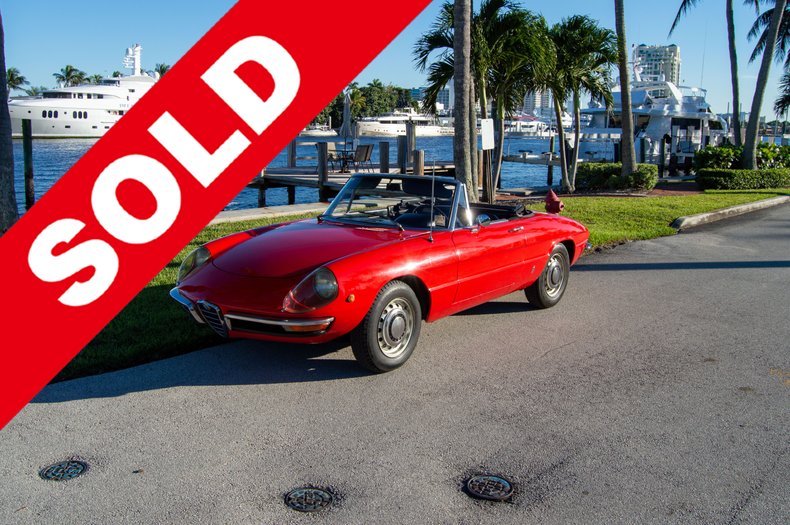 The year was 1968. The highest grossing movie in history at that time took a relatively unknown but very historical automobile company to the forefront of Sports Cars in America. Dustin Hoffman starred in the “Graduate” and history was made. In the film, the Graduate was seen driving an Alfa Romeo in numerous scenes. Instantly the demand for the same car was overwhelming. It became very sheik to be seen in an Alfa Romeo.
Although the automobile used in the film was the Duetto, our 1300 Junior is of the same body shape.
Fast forward to 1971. As a recent graduate, the previous owner had to have one. He set out to find the closest thing to Benjamin Braddok's Alfa. He found this example from the original owner and although it was a 1300 Junior, he had to have it. This is the 1st car of what was to be a 50 year obsession collecting fine automobiles. His memories in the Junior are priceless. Of all the cars in his collection, this has been the most difficult to part with.
Today the car is in wonderful original condition. The only modification to factory specification is the air filter, although the original is still with the car. With perfectly tuned Weber carburetors and nice tight suspension, this jewel is ready for new memories to be made.