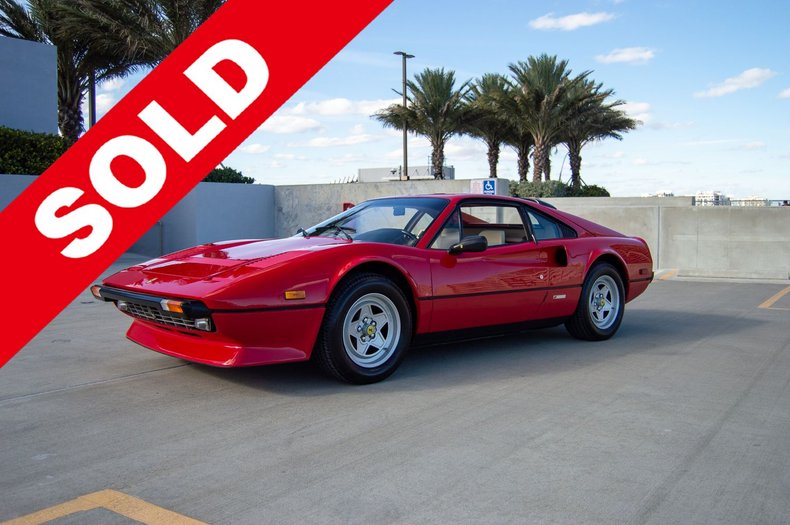 A rare Euro GTB Quattrovalve that will not disappoint!

By 1985 the 308 had been in production for 10 years. This was also a time at Ferrari when there was a transition from a company with a primary focus on racing to a major automobile manufacture.

The 308 transformed into an iconic car with a big boost from a certain television show about a private investigator in Hawaii. As with all major manufactures at the time, warranty of new cars was becoming more important to the consumer. This means that companies like Ferrari had to focus on building a stout, reliable car. Yearly refinements ensured more sales and better profitability due to less warranty claims. 1985 was the last year of the 308 and the refinements shine through.

The biggest improvement began in 1983 with the 4-valve per cylinder combustion chamber. This added much needed horsepower to a car that already had fantastic handling. Our example is a rare GTB which is considered to be a better car in the eyes of most purists. The body lines flow from front to back and the rear window behind the B pillar is un-encumbered. But the driving is where it really shines. The Chassis is very tight and it is even lighter than the GTS. This car is a Euro version that was imported during a time when the dollar was very strong. It made sense to import cars in the “grey market” because of the value. Even though it required some hoops to be jumped through, it was still a Ferrari. Today a Euro version is a better performing car due to the lack of stifling modifications that were needed to meet EPA standards. Having been owned by an enthusiast for the past 19 years and maintained by an authorized dealer, you will find this rare GTB to be a great car to use and maybe even drive on a daily basis.

Trades welcome and financing available! Contact us at 954-522-9900 or contact@motorcargallery.com for more details!