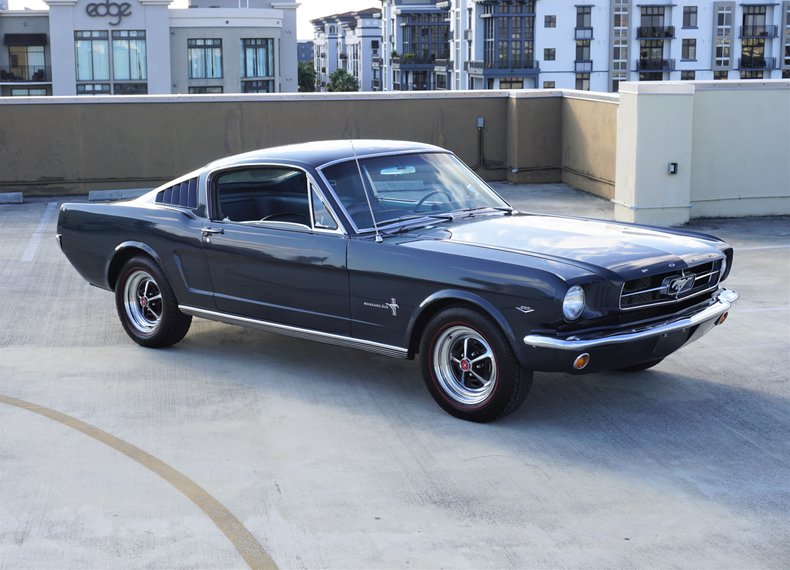 Introduced April 17th, 1964 at the World's Fair in Flushing Meadows, New York, the 1965 Mustang was first available as either a coupe or convertible. The Fastback became available in September of 1964. Ford then sold 1965 hardtop Mustangs at a 5 to 1 ratio over convertibles and Fastback versions. Today, this makes good news for 1965 Fastback owners as it is a rarer find. The '65 Fastback was referred to as the "2x2 Fastback". Mustangs built after August 17th 1964 are “late '65” models. Engine options for late 65's were improved to include a standard 289 cubic inch engine with a 2 barrel carburetor (engine code “C”). Our example is a original "C" code in rare Caspian Blue with blue interior to match featuring a 289 V8 engine.