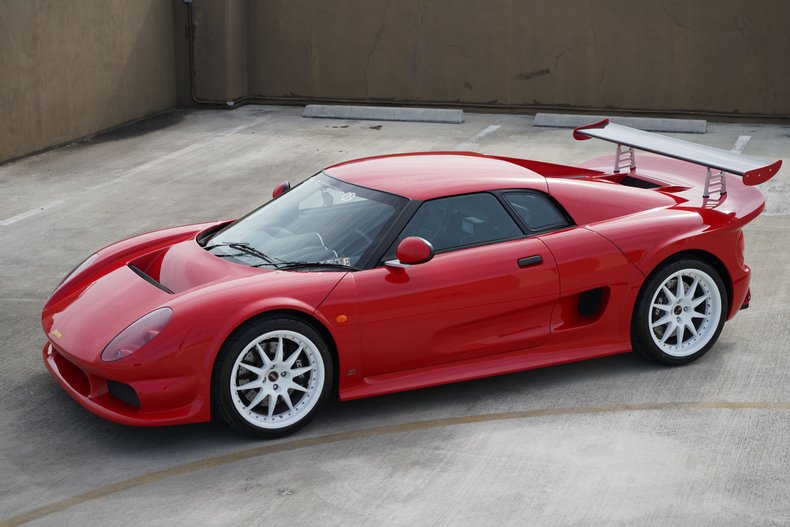 Ask yourself, what is the definition of a “Driver's Car”? It usually starts out with a manual shift car with great handling and acceleration. Then ask the question, “what is it really like to drive?” There are numerous examples of cars that meet the definition but near, if not at the top of the list, is the Noble M12 GTO. This car checks off all the boxes of what defines a true “Driver's Car”.
*Fantastic Handling
*Head Pinning Acceleration
*6 Speed Manual Gearbox
These are the baselines but not all that makes a Driver's Car. The Noble M12 GTO has so many attributes of the definition that are too much to list here. One thing for sure, when you get behind the wheel of the M12 GTO, you become one with the car. There are no driver's aids. It is you driving the car in a terrific driving position that makes each time behind the wheel an experience. Something that separates the Noble from some other driver cars is the ergonomics. This is not a difficult car to get in and out of. Once seated, you will notice how natural the seating position is along with the pedal placement. The reach to the gear-selector is perfectly placed with a direct and solid feel in all 6 speeds. Comfort is not forgotten with modern Air Conditioning and a Stereo with all the current conveniences. The cockpit is not cramped and visibility is not inhibited in the least.

This is the 2nd time this Noble has made it to Motorcar Gallery. The gentleman who we sold it to made a quick decision that it was not for him. We initially purchased the car from the 2nd owner. He had owned the car since it was less than 6 months old.. It was part of a curated collection and used mostly as a show car having traveled less than 100 miles per year. It was boasted that at each show, it always drew a crowd with the classic “Gran Turismo Prototype” looks. Today, driving this car is simply incredible. You can short shift around town with A/C on and stereo playing in comfort. Once you engage your right foot, get ready for an adrenaline rush. But the confidence of both handling and braking are simply incredible. The chassis and suspension are stiff but very forgiving over bumps. The numerous published road tests have shown that the Noble M12 GTO is near the top of the list of Driver's cars, but don't take any other's opinion. Take one drive and you will form your own assessment and we are sure you will be in total agreement along with a big smile.