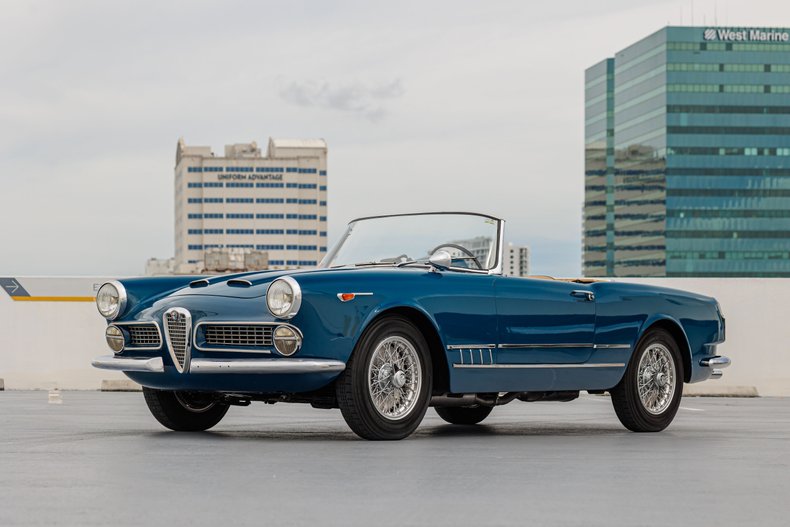 With only a 1000 produced annually, and only 3443 being built between 1958-1962, our 1962 Alfa Romeo is a great addition to any collectors garage. Originally produced with 115hp, a 1,975cc Hemi DOHC inline four, independent front suspension, live rear axle, five-speed gearbox, and drum brakes all round. Nowadays referred to as the 'old' 2-litre, the twin-cam 2000 engine combined elements of the superseded 1900 and new Giulietta, retaining the former's cast-iron block and separate cam covers but featuring the latter's bucket-and-shim method of valve adjustment. Spider and Sprint versions came with 115bhp on tap, good enough for a top speed in excess of 110mph. Despite a relaxed high-speed cruising ability and excellent smoothness, the 2000 in its day tended to be overshadowed by the smaller and cheaper Giulietta, and only now is the model beginning to receive the attention it deserves. The 2000 Spider was designed for luxurious long-distance touring it offers a completely different driving experience than a Giulietta. Many drivers remark how solidly constructed the touring body feels. Two major services were just recently completed in January and February of this year