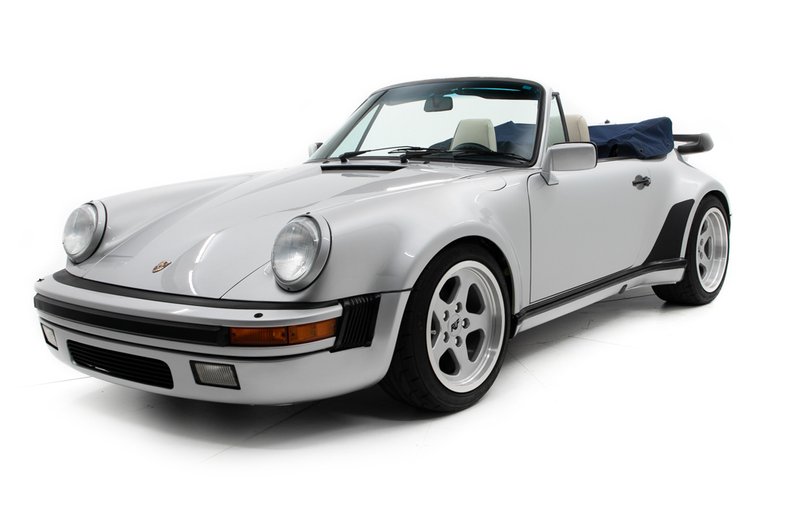 RUF Automobile GMBH is widely regarded as the top Porsche tuner in the world. Their services span from minor cosmetic upgrades to building some of the most potent Porsches on the planet. RUF doesn't just slap on bigger turbos and remap computers, they carefully engineer their projects so that the end result isn't just scalding fast, it's tractable and dependable.

This 1989 930 is a US model delivered new to an American client. The Porsche Certificate of Authenticity notes it was ordered in silver metallic with linen and marine blue leather interior. Options included heated seats, Blaupunkt Reno radio, limited slip differential, and short shift lever. Additionally, the car came with the highly desirable Gertrag G50 5 speed transmission that is only found in 1989 930s.

Our car has been driven under 57,000 miles. It has been quite pampered and is in excellent condition throughout. Book, service records, Porsche certification and RUF Certification accompany the car.

Air-cooled Porsche 930s are one of the most revered cars in the sports car world. A true RUF modified example stands above the others. This car will make a thrilling ride and a treasured addition to your garage.