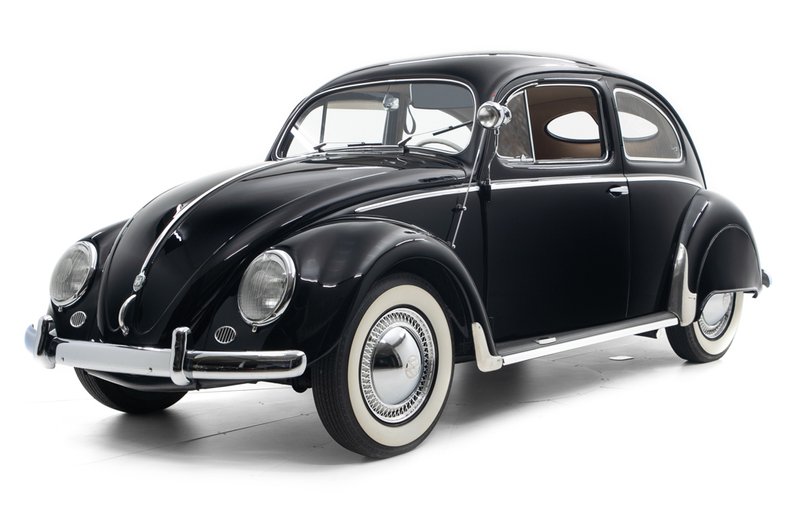 Volkswagen roughly translates to folks wagon or people's car. Their first product was the Type 1 which is affectionately known as the Beetle or Bug. The concept evolved in the 1930s under the direction of Ferdinand Porsche of Porsche fame and was sponsored by the German government.

The Volkswagen initiative was to give the German people an affordable high-quality alternative to the high price luxury cars that the other German manufactures were producing. The Beetle annihilated the goal becoming one of the most popular automobile in history.

Our Beetle is a highly desirable split window Zwitter example, an interim model that features characteristics of both the split window and oval window models. It has been meticulously restored to show quality. Many period accessories were sourced including glove box mounted clock, under dash package shelf, spot light, reverse light, and an assortment of Robri accents.

The Beetle was voted one of the most important cars on all time. The early split window examples are the most interesting and collectable.

This one is a top example that is sure to be a hit wherever it's shown.