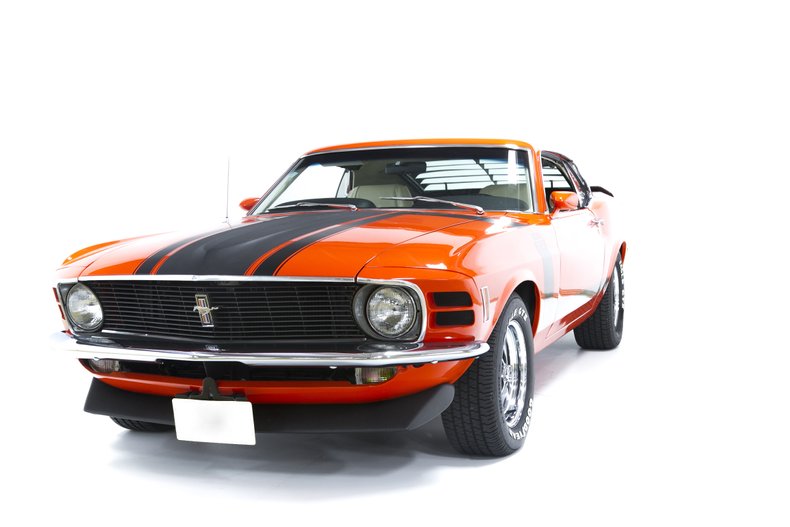 Built during 1969 and 1970, the first-generation Mustang Boss 302 was specifically designed to compete in the SCCA Trans-Am racing series. The series showcased production sedans from a number of manufactures. The rules limited engine displacement to 5 liters/305 cid, but left a wide berth for the interpretation of what makes a production car.

The Boss 302 was built to compete against Chevrolet's Camaro Z28. The Z28 had been engineered to take every advantage of the rules. The Boss followed Chevrolet's lead giving the Boss 302 a unique 290 hp engine, big brakes, a modified suspension, and other tweaks that that tuners could exploit for racing purposes.

Ford built just 7,013 Boss 302's in 1970. While special, they were reasonably priced. Most of them were used like a normal Mustang and accordingly suffered a high mortality rate. Good ones are quite rare today. Our car comes to us from an impressive collection. It has been restored to perfection and seldom been driven since. It is true show quality top to bottom, inside and out. It runs and drives like it did when it was new.

The Boss 302 Mustang is an American Muscle icon. They don't come better than this one.