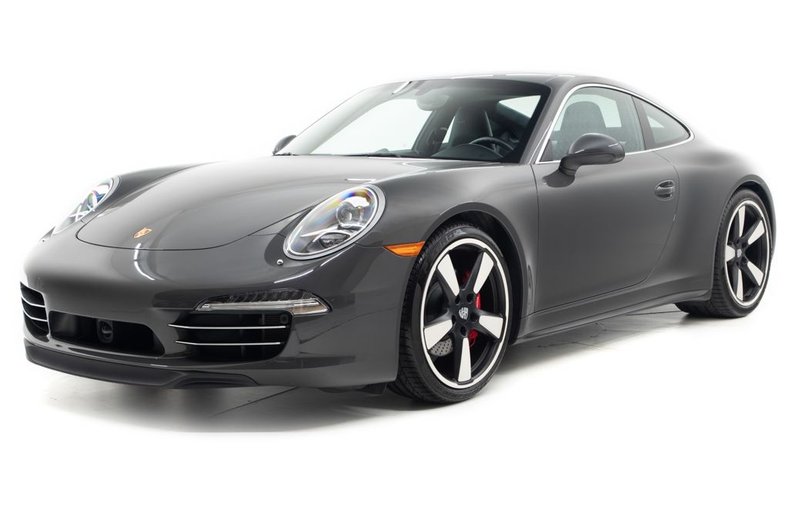 No one at that 1963 show could have anticipated that a variation of the 911 would still be in production 50 years later or that the model would become the bestselling sports car in automotive history.

Porsche needed a celebratory car to mark their 50th Anniversary and it had to be special. Longtime Porsche designer Tony Hatter was tapped for the job and the spectacular 50th Anniversary Edition 911 was the result.

A casual glance is all it takes to realize the 50th Anniversary 911 is special. It features the Carrera 4S wide body, retro Fuchs-style 20-inch wheels, and a GTS-style 10mm dropped suspension. The front intakes and rear grille are black with chrome accents.

The dash and doors leather is upgraded, and the aluminum trim has been brushed harder. The gauges are throwback green lettering, white needles, and silver pointer caps. A Power Kit moves the horsepower up to an impressive 430. Sixty miles per hour happens in 3.9 seconds. The quarter-mile takes 12.2 seconds.

Our 50th Anniversary 911 is a 2014 edition. It's Graphite Grey with a black full leather interior. It came to us from an important 911 collection. It has a PDK transmission, adaptive cruise control, heated seats, parking assist, Bose audio and more.

The car has full books, cover, and window sticker. The car is in excellent condition with a clean Carfax. It has collector mileage and is in show condition. Just 1,963 50th Editions were built. Are you a Porsche collector or an enthusiast looking for a special 911? This 911 is worthy of your interest.