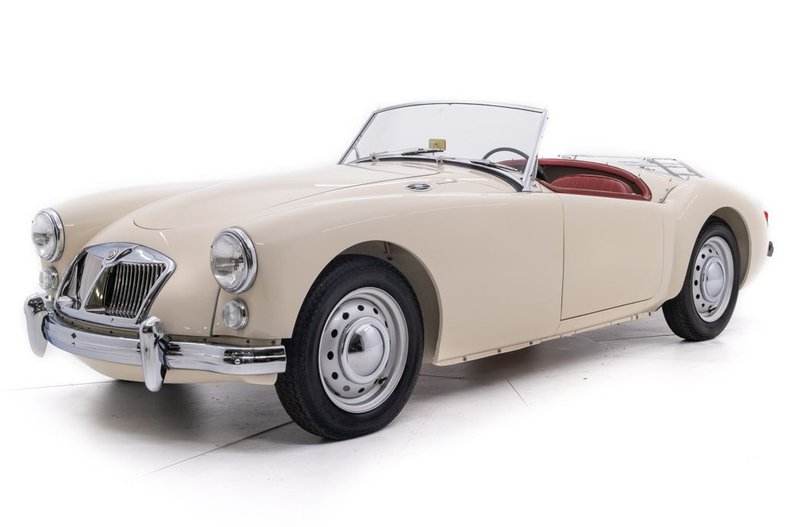 The MG T series, TC, TD, and TF were some of the first sports cars to make it to the states. These MGs offered a fun driving experience but their coachwork was decidedly dated. In 1955 MG introduced a new model, the MGA. While the underpinnings weren't revolutionary, the streamline MGA body put MG ahead of the competition.

There were several variations of the MGA with the majority being what is now called the Mark I and the Mark II , Early Mark I cars were fit with 1500 cc engines and the later cars had 1600 cc engines.

Our MGA is a 1600 cc Mark I model. It has been very nicely restored to a high standard. The body shows no rust or accident damage. The paint is surprisingly nice for an inexpensive car. The seats, carpets, and door panels are new. Some chrome parts need replaced or replated but that's reflected in the price.

We've hopped in the car and driven it on a couple occasions. It starts well, runs good, and drives like a well maintained car.

There are few cars in this price range that will bring you as much joy as this MGA. Can we send it your way?