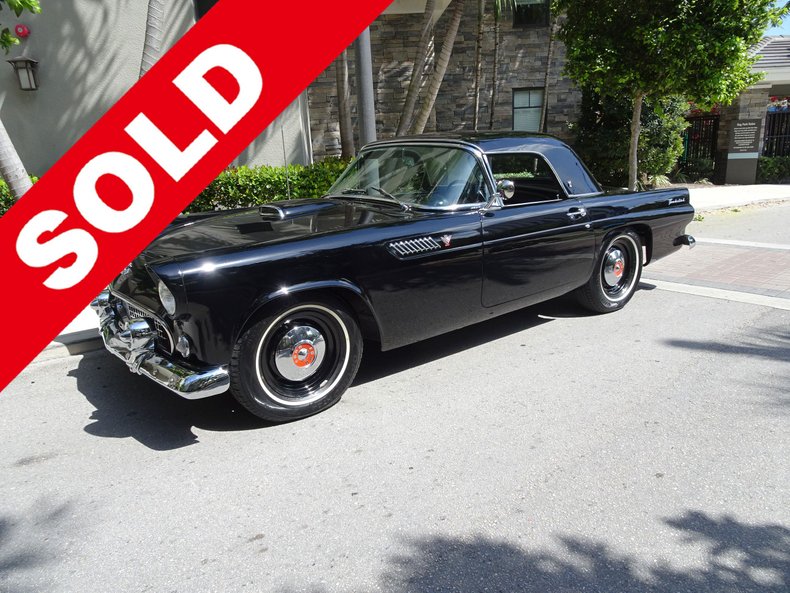 The early Ford Thunderbirds are two seat convertibles with V8 power and quintessential American 1950s styling. Ford produced the T-birds to compete with Chevrolet's Corvette; however, the Thunderbird was billed as a personal luxury car rather than a sports car.

This car was sold new in a small Nebraska town and remained in the same general area until we bought it. We're told it has only had two owners from new with the last owner conserving it for over six decades. It is showing 46,950 miles, which we're told is correct.
.
For the three pedal lovers, this bird is a very rare, 3-speed manual transmission model. We haven't seen another first generation T-Bird with a manual transmission for many years. An original fiberglass hardtop and power seat finishes out the options.

Wonderfully original is the best way to describe the car. It had a single repaint many years back and otherwise is unmolested. The paint looks great and the interior is still fresh. Under the hood and under the trunk the car is very presentable.

We've taken the car on a couple trips and it drives great. It starts well and is a reliable driver.

While many of the 1940s and 1950s American cars have fallen on hard time, early T-birds are still popular. Your grandfather didn't have to have one to like them. The classic styling never gets old. Millennials who have never seen one before gush over the car.

The continued popularity of the early Thunderbirds ensures their value will be supported.

Trades welcome, Financing available, We ship anywhere. Contact us at 954 522-9900 for complete information on this car.