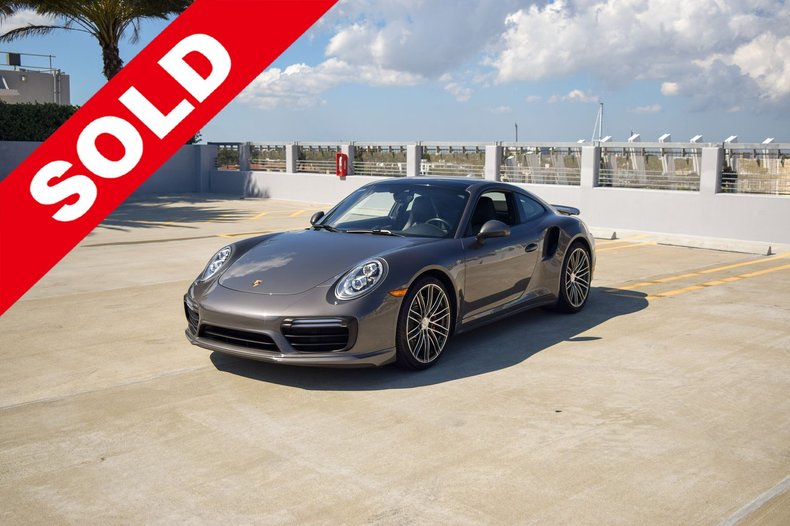 A performance Porsche for the everyday driver

“Even in base trim, the new 911 Turbo is stupid fast” was the headline in Car and Driver's review of the 2017 Porsche Turbo. What can you say about a car that hits 60 mph in 2.6 seconds? At the heart of this beast is a twin-turbocharged flat-six that ingests enough gas and air to provide 540 horsepower and 523 pound-feet of torque. That's a meaningful 20 more horses than 2016's Turbo and a remarkable 142 horsepower per liter, improvements that come from increases in boost and fuel-injection pressures. Boost from the variable-vane turbos builds so fast that the Turbo has the kind of instant thrust now associated with Tesla's powerful electric motors.

This 911 Turbo has been meticulously maintained and is hard to distinguish from new. With a beautifully subtle Agate Gray over Black interior, this is a very understated performance machine.

Trades are welcome and financing is available.