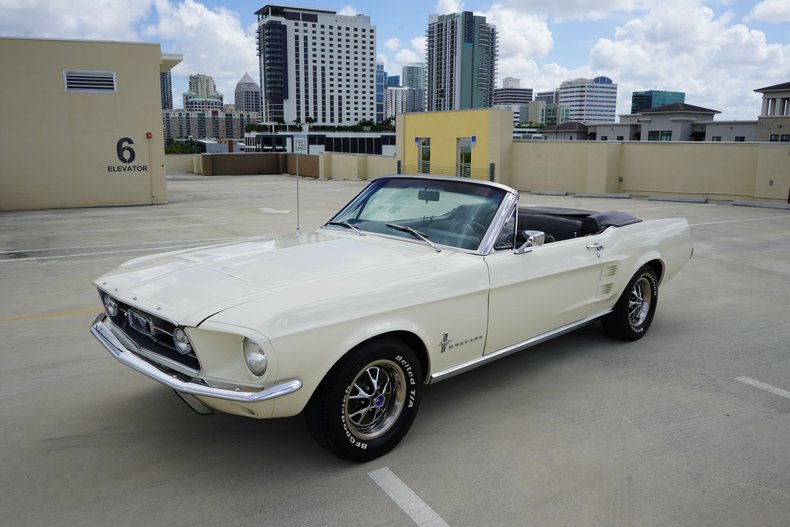 1967 was a very tumultuous year indeed. There were numerous riots protesting the Vietnam war. Ronald Regan was sworn in as Governor of California and The Mustang was redesigned. Much to Lee Iacocca's chagrin, the '67 Stang increased in size. Some of the original designers said he wanted to hold on to the original design because he considered it his baby. But the nominal increase in size was for performance reasons. 1967 was also the year the Department of Transportation was created. It is well known that 1967 is the last year that manufactures did not have to answer to government regulations. One thing for sure, 1967 was a pivotal year on many levels and history even affected this actual car.
You are probably wondering how a 54 year old car can truly have only 16,660 miles on it. Well as mentioned earlier, the Vietnam war is part of the history of this car. The car was purchased new by a young man in Omaha Nebraska who was soon after, drafted into the Vietnam war. Luckily for him, he had a caring brother who carefully stored the car. That careful storage lasted until the late 1990s. Unfortunately the young Man who served our Country is no longer with us but his brother decided to bring it back to life. Although the car was sparingly used, it did show it's age. Photos included, show that the car has been fully restored . Today, we are proud to show this car in its glory, as it is bone stock original with the exception of the Radio. It even retains the original front bench seat that is reputedly one of only 80 cars ordered in this configuration. Maybe the original owner was dreaming of his Honey sitting close to him on a warm Saturday night at a drive-in. We will never know but now you can make your own dreams come true in this truly Classic Mustang Convertible