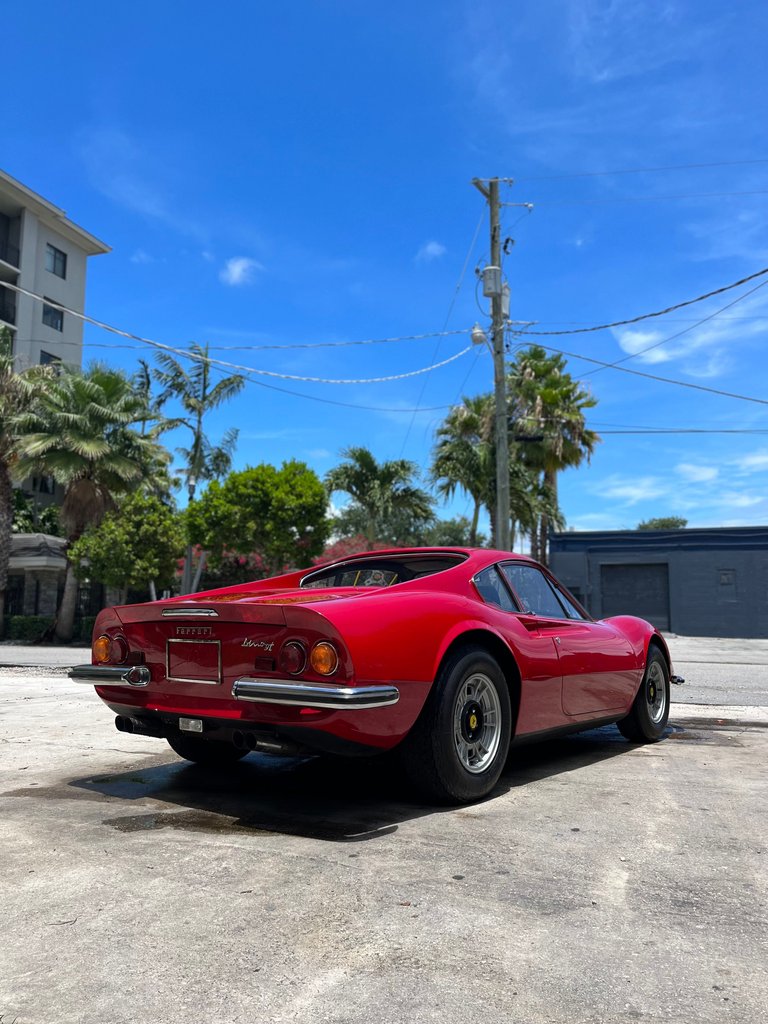 The Dino is arguable one of the most alluring cars ever built. Why then, did Enzo Ferrari hesitate to place the infamous prancing horse badge on the car? The original brochure reads - “Tiny, brilliant, safe… almost a Ferrari“. Powered by a naturally aspirated V6 The Dino diverted from Ferrari's well known V12 offering. Rumor has it, Enzo Ferrari feared The Dino would devalue the Ferrari brand.

The reality is, The Dino is a Ferrari through and through and rolled out of the same Maranello factory as the other models. Not only does The Dino carry Ferrari's DNA, it also represents innovation. The Dino introduced the first mid-engined Ferrari road car and was the first to have its engine mounted transversely. The 246GTs would become remarkably successful & the brochure was later updated to “tiny, brilliant, safe, proof of the constant development of the smaller Ferrari cars.” To this day, The Dino is one of the most desirable cars to exist.

Our example, lived in a climate controlled atmosphere and was driven less than 2000 miles over the last 35 years. The owner before him purchased the car with only 600 miles on the odometer.

Give us a call, we'll fill you in on the rest.