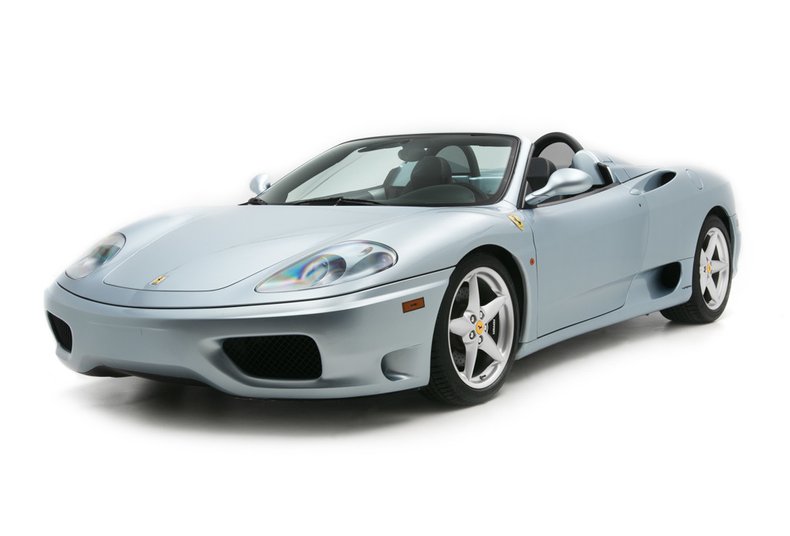 Ferrari's most successful model since the 308, the F355 was always going to be a hard act to follow. Clearly, in order to surpass the outstanding F355, its successor would have to break new ground rather than offer mere incremental improvements. By starting with a clean sheet of paper in designing the 360, Ferrari and its partner Pininfarina succeeded in doing just that, the new car attracting superlatives that put even its illustrious predecessor in the shade. Just about the only item carried over from the F355 was its glorious V8 engine, enlarged from 3.5 to 3.6 liters for the 360, producing 400bhp. Mounted longitudinally behind the similarly disposed engine, the 360's six-speed gearbox could be ordered with the F1-inspired paddle-operated gear change pioneered on the F355.

In every other respect the 360 was entirely new, the most striking break with Ferrari tradition being the body's frontal treatment: gone was the omnipresent oval grille, replaced by two separate intakes set low into the front wings. There was further innovation beneath the skin: a lighter, stiffer aluminum spaceframe/monocoque replacing the old tubular steel arrangement, resulting in a dry weight around 220lbs less than that of the F355. With its spaceframe structure, the 360 was intentionally designed to be offered in open form, and it wasn't long before Ferrari's 20th road going Spider could be purchased. In building the 360 Spider much was learned from its predecessor and the rather cumbersome and not always effective top mechanism was replaced with a far more efficient and workable system.

This splendid Ferrari 360 Spider was properly specified with a delightful gated 6-speed manual as few things in the automotive world are as satisfying as the sonorous clink of a new gear being selected. Another detail suggesting the original owner was not your standard Ferrari buyer was the choice of Grigio Alloy for the exterior color. A nero leather interior rounds off the remaining options.

Beginning life in the state of New Jersey, the spider would remain on the east coast for a large portion of its life. A second owner would be found just a year after the original purchase in 2005, and then another would take the car in several months later. After being purchased again in 2006, the spider would spend roughly 3 years in singular hands before being moved down to Florida. After a brief stint in the sunshine down south, the Ferrari would return to the northeast. An owner in Rhode Island would keep the car for nearly 7 years before the most recent owner made the purchase in 2017.

To date, this 360 has traveled just 9,940 miles and presents in good condition. The body appears straight with the paintwork remaining in good condition, and the interior shows only minimal signs of wear.

Seeing as manual Ferraris have gone the way of the dodo, this 360 presents a wonderful opportunity for its next owner t