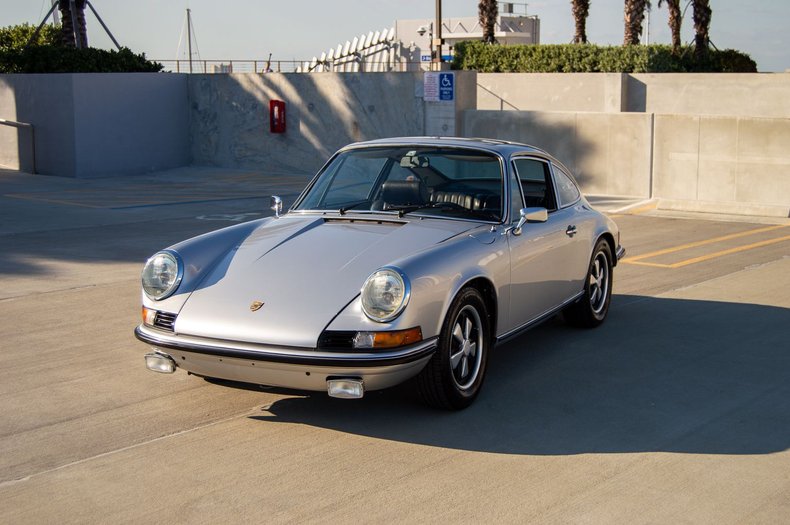 No, the "T" does not stand for Targa. Rather it stands for "Touring" and signifies that this Porsche is the base model 911. It was introduced for the 1967 model year as the entry-level replacement for the four-cylinder-powered 912. The 1973 Porsche 911T featured a 2.4 liter engine and a newer, stronger transmission, identified by Porsche as type number 915.
This gorgeous example is now much more than a base model 911. With a full engine rebuild in 2018, the engine displacement was increased from 2.4 to 2.7 liters. In 2019, the 915 transmission also received a complete overhaul, and an air conditioning system by Classic Auto Air was installed.
In 2019 the Porsche Continuous Injection System (CIS) was replaced with a complete set of PMO carburetors. From its inception the 911 engine was a high-performance design, built around carburetion and tuned exhaust. Despite all the "improvements" along the lines of fuel injection and emission control, the 911 with carburetors has performance magic. Fuel injection such as the CIS this car was originally equipped with was never totally successful on a street engine because of erratic mixture control and poor atomization at lower RPMs. CIS fuel injection is oriented towards emission control and, after 1974, is also coupled with a restrictive exhaust system. PMO is the original manufacturer of 911 carburetor conversions and are the only company in the world dedicated exclusively to providing 911 Carburetor Conversions. The new PMO carbs were mated to a SCART “Super Sound” exhaust system that was coated by Jett-Hot for heat reduction. The original CIS is included in the sale.

The interior of our T is all original, except for the addition of a Momo steering wheel and cocoa mats. The black leather sport seats and electric sunroof are options listed on the Porsche Productions Specifications sheet that was issued in August of 2018 and will be included with the sale. The paint and brightwork look simply fantastic. Documentation for almost $60,000 in work completed since 2018, including many of the items listed above, will be included with the sale. This 15 inch Fuchs wheels are shod with modern, current Michelin tires. To drive this beauty is a thing to behold. You can carve the road or tour the highway with a true feeling of being one with the car. There is nothing like a 911 to get your sense of driving aroused.

Financing is available and trades are welcome.