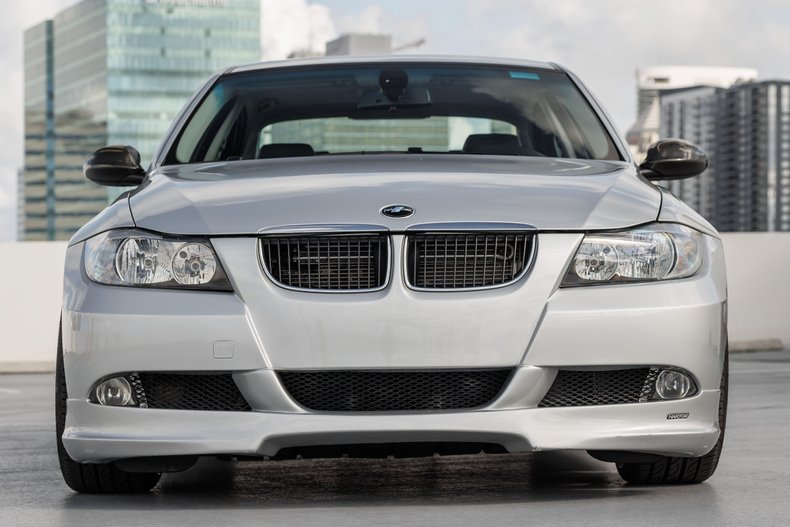 Commissioned by Will Turner of Turner MotorSports himself, this BMW Hartge H50 V10 – is a 3 Series sedan that has been fitted with a 5.0-liter M5 engine. Yes, a 3 Series with an M5 engine. The BMW Hartge H50 V10, is equipped with a 550-hp S85 V10 engine from the M5, enabling it to go from standstill to 60 miles per hour in just 4.3 seconds. All associated parts with the M5 power plant are included, such as the radiator, exhaust headers, and sport catalytic converters. Hartge also gave the engine a bespoke mapping to remove the top speed limiter. Additional parts include a seven-speed SMG transmission, free flow mufflers, limited slip differential, coil over sport suspension (30mm lower), six-piston front + four-piston rear brake calipers with cross-drilled rotors, and staggered 20-inch wheels. The car also has a custom front spoiler, fenders, rear bumper, carbon fiber mirror caps & so much more. Our example is one of 10 Hartge H50s that were produced worldwide.